This Dials for Contrast DCP is an experiment – we need your feedback after you play it through a few times.

While one idea is to stress Extended Dynamic Range and 2020 systems, another hope is that we are creating a tool that will help a  non-technical person monitor the stability or degradation of their projection system quality. It is great if you have a radiospectrometer that you can set up every week, but who has the 20 minutes to take a reading of .001 nits?

It starts at the impossible to see blue dial at 1.5% luminance and goes to 0%. If you can see any of that, you have a great system, right? After 5 seconds a set of numbers and marks appears around the outside so you can make a note of where the luminance became impossible to see.

After Blue comes the cycle Red, then Grey, then Green.

Oh, and there is an acoustic piano test that we are working with that is thrown into the different speakers. Composed and Performed by Jeff Mikusky.  We will have a low end section and some strings soon.

Also, would some secondary colors be interesting?

This is a new version. The previous version was created in Final Cut Pro…this one is 16bit/2020 TIFF files straight into the DCP creation tool.

The TIFF Files are at: Dials For Contrast TIFFs

We are not certain if this DCP is just pretty with 4 different views of Trumpets, or if they are usable for some unknown reason.

They are just the first of a series that tries to do for exhibition what MTF style pictures do for lenses. You can’t see from this picture, but there are red lines in there too. Therefore they are also part of the series that attempts to present slides and sounds that can be used by humans with no more tools than their vision and sound systems.

Passcode, as always is: QA_b4_QC 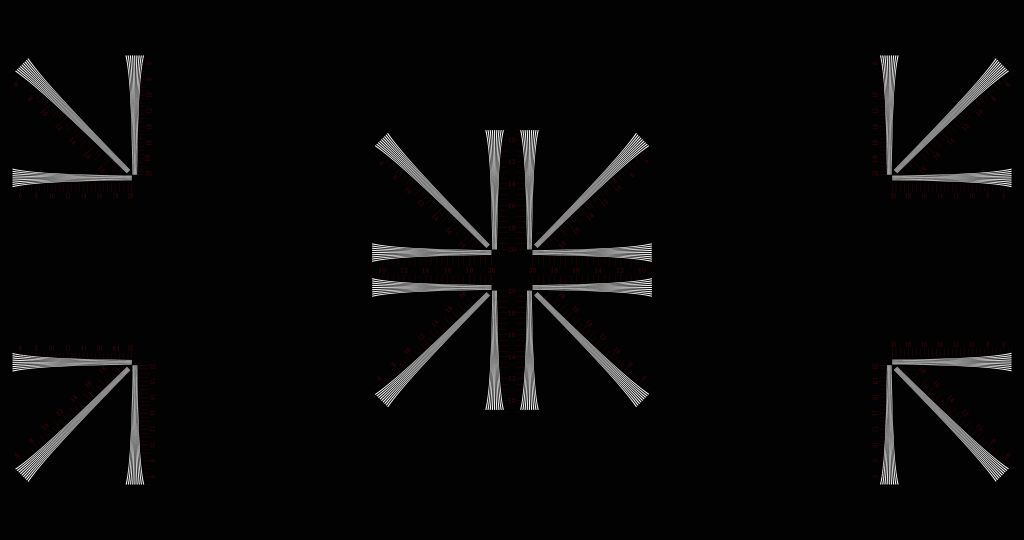 The trick is to see if these numbers show up on a screen. Obviously an experiment and we would appreciate everyone telling us of their experience…with thanks to you.

The new version uploaded on 1 August 2019 exposes one column from the right, until the entire piece is exposed in order to allow people to see without the glare from the whites on the left side. …oh, and it starts with 30 secs of dark so that the eyes can take better advantage of the dark.

The TIFF files are at: GreyStepScales TIFFs

These are the numbers that are laid on top of the squares…can your system produce differences for some or most of them?

Can a person check the level of colors and contrast without a meter, then compare them to the readings of another day as they diminish or stay the same?

Go to the Dial DCP page. 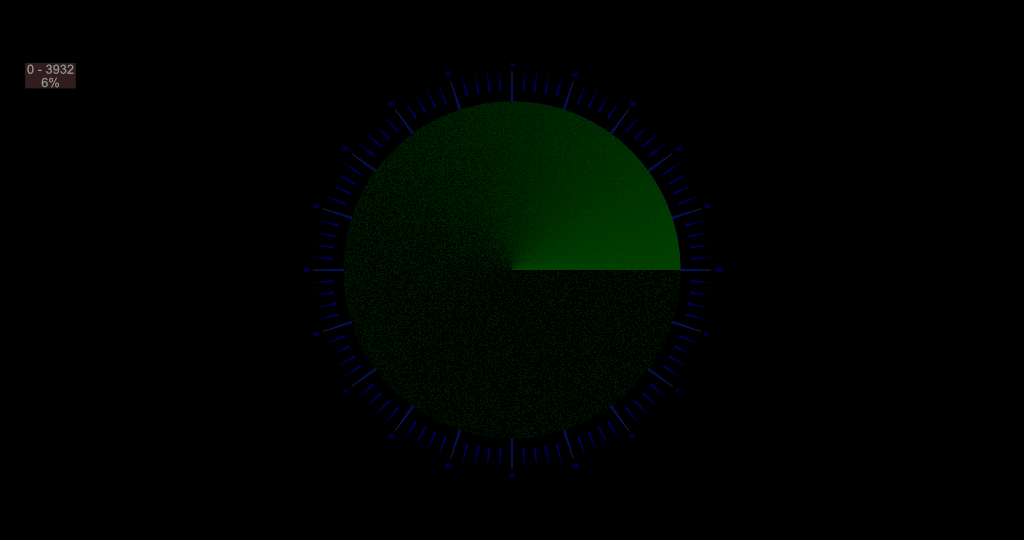 Don’t look at this. It doesn’t exist. It is just an attempt to make a couple of the very cool CST test DCPs into 24 frames per second. (It is said that there are projectors – or perhaps projection software versions – which have problems when there are different rates in the same playlist.)

But they are under copyright, so this is a bad thing to have made. And they will disappear after a few days. So, go to other DCPs here.

Or, go to the CST site yourself…but make certain you can play 25fps without getting into trouble:

Don’t look at this. It doesn’t exist. It is just an attempt to make a couple of the very cool CST test DCPs into 24 frames per second.

…and it is not available for download now!!!! So really…don’t look. (Flat is still available.)

But they are under copyright, so this is a bad thing to have made. And they will disappear after a few days. So, go to other DCPs here.

Or, go to the CST site yourself…but make certain you can play 25fps without getting into trouble:

This DCP is 5 minutes long, with the same SMPTE 2095 and tones repeated 5 times in each of the channels, Left, Center, Right, Right Surround and Left Surround.

Sorry; not available…a new version is made and in test…email to get a sample…editor at cinematesttools you know the rest

The audio is accompanied by slides of various black and white gradient ramps against various black, white and grey backgrounds, an attempt at a Munsell chart and several variations of colored dots on an alignment grid.
As always, the passcode is QA_b4_QC

And, as always, please let us know your ideas and needs for tech DCPs.

The audio is accompanied by slides of various black and white gradient ramps against various black, white and grey backgrounds.
As always, the passcode is QA_b4_QC

And, as always, please let us know your ideas and needs for tech DCPs.

From these ProTools files the downloads New SMPTE Pink Noise Tones; 7.1 and 5.1 were created. Use the Code QA_b4_QC in the Password above to download.

NB – There is a ReadMe that describes a ProTools bug that Jim Fitzpatrick found while making this file…depends on your software level of course, so just be aware if you make variations on these files:

I set the Pan depth to -4.5 and the rendered files are made that way, as you requested.

However when I close and reopen the session, ProTools magically sets the pan depth to its default of -2.5 !

This does not effect the files I sent to you…they are correct. This will only come into play if someone opens the Protools session to look at it or modify it. It will come up at -2.5 and have to manually change the setting to -4.5.

From this you should gather that the pan law is at 4.5 as the tone is shifted from one speaker set to the next. There is a brief hold at each speaker before moving to the next, except from the final Left Front to the LFE. In addition, the LFE holds twice as long, and ends the set.

If you come up with other cool variations of this file, please share them with us. We will post them with your comments, and if you send the tones themselves and a DCP, we will post that as well, with full acknowledgements, of course.

SMPTE ST-2095-1 is a new standard for Pink Noise. It took a great deal of work by a great number of clever people, a lot of listening and testing and tweaking. The cool thing is that it isn’t made with a lot of transiticators, but rather, with digits. This is THE Digital Pink Noise Standard.

Pink Noise has been one of those things that has always been around, and people don’t think much about it. Flick a switch, and there it is. But it took a sophisticated circuit to do right, and it wasn’t always implemented the same…or even well. That is much less likely now because with the standard is a python script that is very easy to implement. END_OF_DOCUMENT_TOKEN_TO_BE_REPLACED