The trick is to see if these numbers show up on a screen. Obviously an experiment and we would appreciate everyone telling us of their experience...with thanks to you.

The new version uploaded on 1 August 2019 exposes one column from the right, until the entire piece is exposed in order to allow people to see without the glare from the whites on the left side. ...oh, and it starts with 30 secs of dark so that the eyes can take better advantage of the dark.

The TIFF files are at: GreyStepScales TIFFs

These are the numbers that are laid on top of the squares...can your system produce differences for some or most of them? 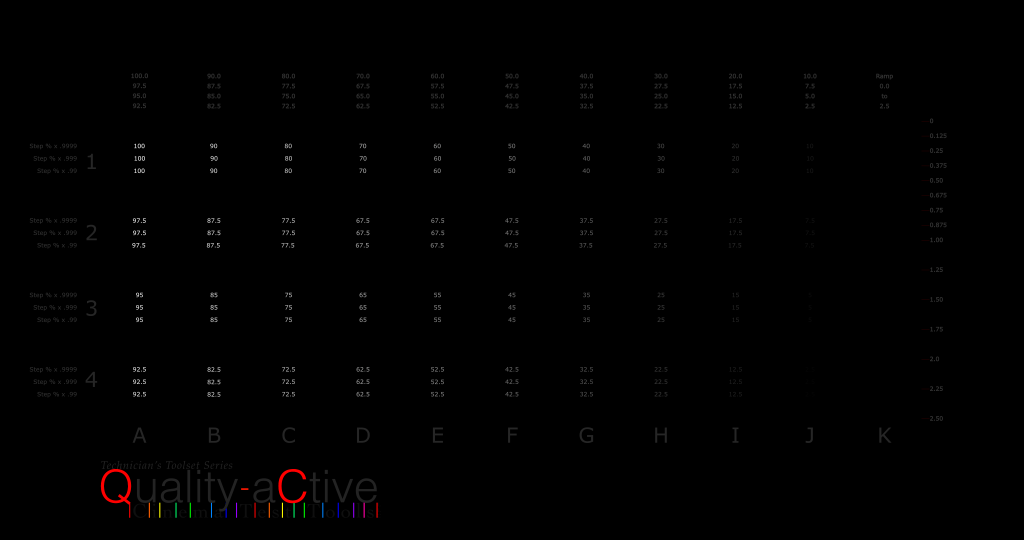 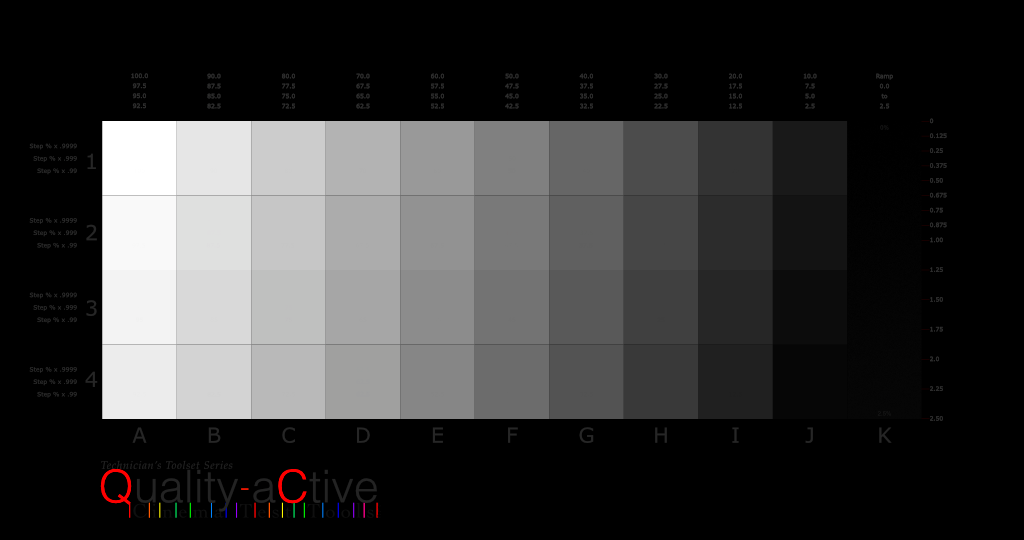