This DCP is called 9Dice. It is a Flat image in a Full Container.

As always, the pass code for downloading is QA_b4_QC

The image may seem similar to the proposed images from the SMPTE Luminance Study Group. In that group they decided to recommend that luminance measurements be taken from a constrained target instead of from a full screen of white. In tests, a full screen of white may give up to 10% errors in the measurements compared to taking from a constrained target due to lens glaring and flaring.

NATO made a project out of this as well, with significant testing in dozens of typical auditoriums as well as review facilities.

The Size of the targets

In fact, the targets on this slide were drawn such that the total number of pixels that are white are equal to 10% of the Flat size screen. This was decided upon because there are studies that show that the typical average luminance onscreen is 10% of the brightest levels. One 10% dot wouldn't be an interesting test, and after many potential solutions, 9 distributed spots were created.

Finally, a round number that even I can remember!

This DCP is 15 seconds long, with the idea that when you are testing you can Pause the projector. There are versions with targeting points in the circles, and 3D versions as well. If you would like such a thing, send an email to [email protected]

Do you want the Scope or Flat Version?

You want to use a Scope DCP if your screen is in native scope format, Flat for those screens that are natively in Flat format. That is, if the screen has to get smaller to make a Scope picture, then it is natively Flat. If the masking comes in to make the screen smaller for Flat movies, then it is a natively Scope screen.

And, for those who are really paying attention, both of these formats are actually in the Full Container size – which your projector should take care of.

Finally, the nine 350 pixel circles are going to be varying sizes across the screen depending on the length of the throw from the projector lens to the screen. You can calculate that yourself, but here is a clue: Angular Size Calculator

OK, another finally. How far back do you want to be? A SMPTE report titled 20F Technology Committee On-Screen Light Measurement Study Group Report continued the recommendations of SMPTE Standard ST 196-M:

Again, as always, the pass code is QA_b4_QC 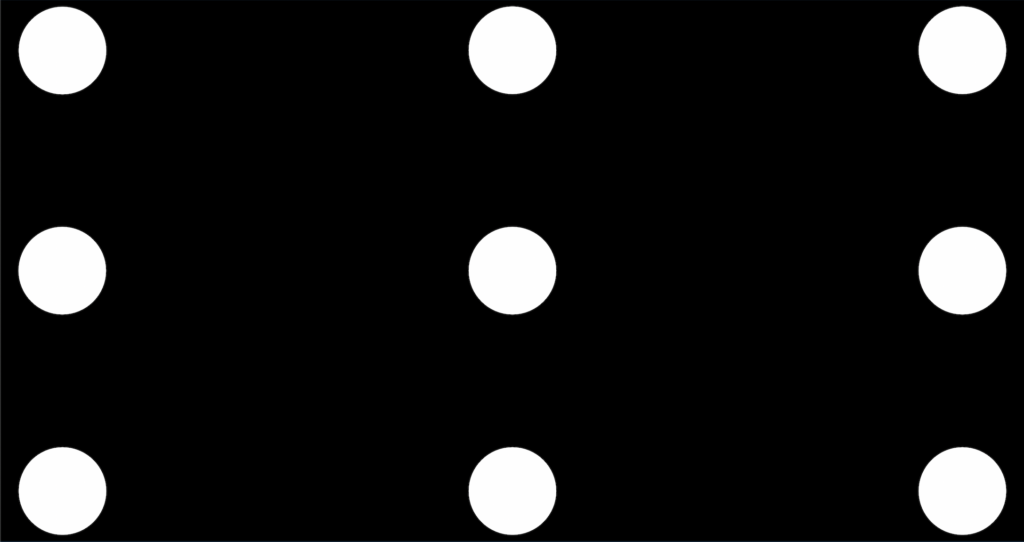