Circles and Stars – and Lines and Colors

The original idea was to surround the circle in the center with enough tools so that the eye wouldn't be tricked in the slightest should the circle go un-round. Then there was the idea of putting in all that white so a good test could be done with white needing tools, but on further 'reflection' realized these measurements need smaller patches so that veiling glare wouldn't make them useless.
There was a lot of fun in making the primaries flow into secondaries...the center patch of each may go through white, as it naturally should. Maybe it should be forced...give your opinion. And, are there too many or two few spokes on the Siemens Stars for the modern 4K system?

Again, many colors, many sizes, black, white...If you have Affinity Designer, ask for the original artwork. 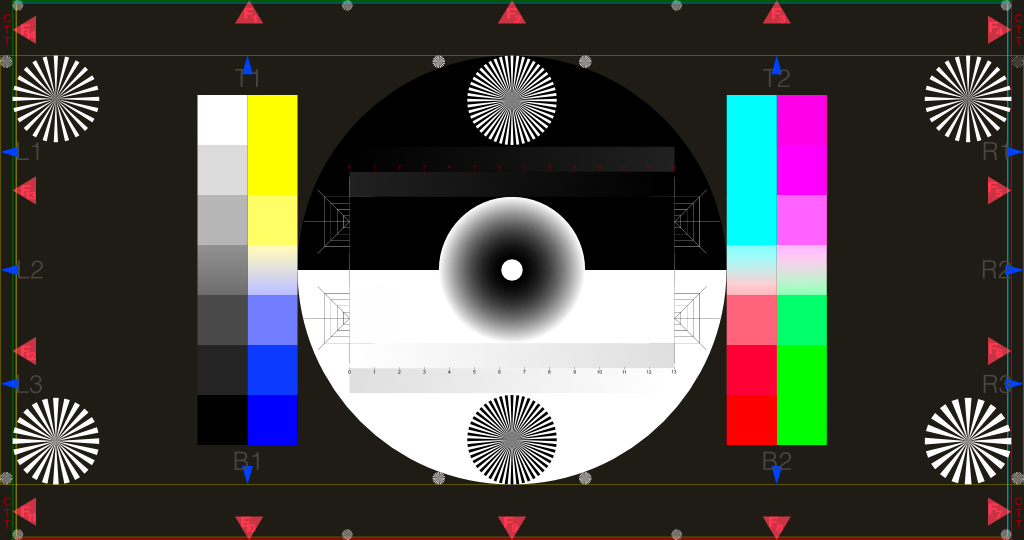